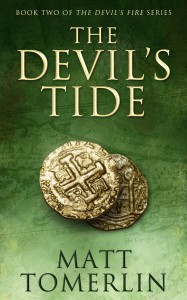 Hostage-turned-pirate Kate Lindsay returns in this action-packed followup to The Devil’s Fire, and the last thing she wants is to go back to her mundane life in London.

A young pirate narrowly avoids the gallows when the governor of the Bahamas enlists his aid in bringing Lindsay to justice.

A pirate hunter returns to his old ways, with the demons of his past swiftly following his trail.

A beautiful strumpet falls in league with Blackbeard, witnessing his despicable crimes firsthand, before she becomes a pawn in his schemes.

As all sides spiral toward a fiery climax, nothing is at it seems, and the odds are in favor of death.

“GAME OF THRONES ON THE HIGH SEAS!”
-S. Bogden